This piece is my submission for Eric Martell's (@drmagoo) Fall Flash Festival. I must admit though, I wrote it with the prompt from Rebekah Postupak's Flash!Friday a couple weeks ago. I didn't submit for that though because it was WAY too long and I had a migraine. It ended up at 959 words. The contest required a 200-1000 word story with a fall-inspired theme. Enjoy! 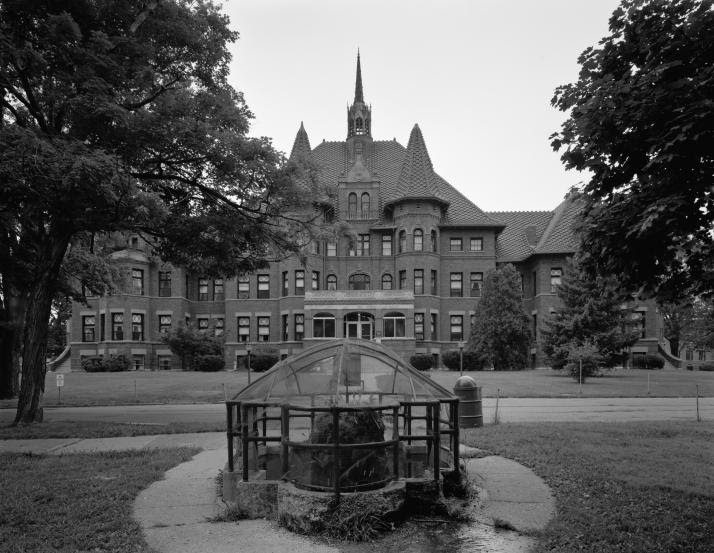 “Come take a walk with me, kid.” Winston said as he hobbled past my seat in the cafeteria. I moved to pick up my tray, but he placed his arm on my shoulder and shook his head no, “Leave it.”


I stood and followed him. I could’ve easily put my tray away and still caught up to him. He hobbled along, his back bent and contorted beneath his trench coat. The arm canes fastened around his forearms. His hands hidden in the sleeves. “What can I do for you, Winston?” I asked, worried that I may have done something wrong without knowing it. I had nowhere else to go.


He turned to look at me, his bright blue eyes the only thing about him that didn’t seem old. “You’ve been here a week now, right?”


I nodded. It had been a week exactly, actually. Lunch had been my first meal, brought to me in the study.


“Do you remember what happens if you survive a week?” He continued out the door and onto the expansive lawns. I felt flushed despite the chill in the air. The leaves crackled like fire on the branches, while some crunched underfoot.


“Yeah,” I answered with a little hesitation. It seemed too good to be true. My stomach rumbled rather loudly. “Mr. Jack said I get to be an Odd Fellow and call this place home.”


“Now, now, none of that. He told you to call him Jack – just Jack. You’ve made it. We’re family now. You’re one of us.”  Winston hobbled faster now, much faster than I’d seen him move before. His pace seemed impossible with all his physical limitations.


“Right. Just Jack.” A crisp gust of wind whipped through the trees, raining molten leaves down on us. My new home. Could this be real? What was to keep them from kicking me out tomorrow? “How did he get the money for this place, anyway? Did he inherit it? Is he part of the mob? Does he actually work somewhere?” I tested the waters, so to speak, to see how far I could push them. Could I let myself believe? Pain cramped my stomach for a moment before continuing its general distress.


“Have you ever heard the phrase ‘Golden Goose’?” Winston halted on the path and turned to face me, not ruffled at all.


“Sure.”  I answered, even though it seemed off-topic. My stomach was cramping repeatedly now and I could feel sweat break out on my forehead despite the chill in the air. Had I eaten something bad, or was I just this nervous?


“Okay.” That answered nothing. “But why would he even take in people like us? We have nothing to offer.” Perhaps I should go lie down. I felt dizzy and rubbed the back of my neck.


No one had ever asked me that. Ever. My stomach churned. Was it safe to share my dreams with these people? “I’ve always wanted to be a pilot. I’ve never been in a plane before, but the idea of flying is…intoxicating.” I felt really warm now and I wiped my face with the sleeve of my arm. My forearm began to itch; I scratched absently.


“Anything else?” His eyes were practically glowing.


‘I always figured I’d join the military, or the police force, or something. I want to protect people from the fate I had.”


“Of course. That’s understandable. And I am intensely curious at its outcome.”


My other arm started itching, and my back did too. I looked down and screamed – I was bright red! I must’ve gotten a really bad rash. “I think I need to go to the nurse…” I looked up at Winston and froze. He wasn’t standing there, hunched over, he was…unfurling in front of me. He tossed his canes aside and his trench coat followed. His arms unfolded and his legs and two other sets as well… He seemed to stretch and then flopped on to all eight legs. He looked at me and smiled. “It’s so hard to confine myself like that! It’s nice to stretch.”


I scrambled backward a couple steps and fell. “Wha-? What are you?” Was all I could think to ask, my personal issues dimming for a moment.


“I am Spiderman. Much more so that that silly comic book hero. The more interesting question of the moment is, ‘What are you?’ or more precisely, ‘What are you becoming?’”


“What do you mean?” The pain in my stomach redoubled and I curled into a fetal position on my knees in the grass. “What’s happening to me?” I didn’t hear an answer though. I screamed as my skin tore open and glittering ruby scales appeared instead. My body broke and pulled and stretched until I must’ve blacked out.


I awoke feeling very odd, but not in pain. My stomach was still churning, so I must be me. Then I tried to stand. I pushed off with my hands as I opened my eyes. I would have overbalanced and fallen over, but my wings unfurled and beat rapidly to settle me firmly on all fours. “What’s happened to me?” I said, then felt the need to belch. I sprayed a plume of fire that stunned me. My stomach settled.


“A dragon. Well done! Jack will be so pleased.”


I looked over at Spiderman and asked, “How?”


“It’s amazing what a magic bean can do when it’s not planted.”