Hehehe! I couldn't help myself with the title... (Titles are hard for me, just so you know...) Anyway, MOTIVATION MONDAY IS BACK!!! (In case you missed it) I am so excited! This is probably my favorite flash contest (Thanks, Wakefield Mahon) for two reasons. One, I get to write 500 words! This is the longest flash competition I enter regularly and I LOVE the freedom to flesh out an idea. Two, it's a first sentence prompt. I think I like this as a discovery writer because it gives me even more freedom. I can take the sentence WHEREVER I WANT. Yeah, I'm so glad it's back!

This weeks prompt was the sentence: [Toto], I have a feeling we're not [in Kansas] anymore!

(The words in brackets [ ] give you wiggle room to replace words to fit your story.)

I didn't know Motivation Monday was coming back, so it caught me off guard, but I had to enter! So I woke up early and wrote it in 40 minutes without editing... So it's not as sharp as I'd like it. And the worst part about it is the names...I just didn't have time to get the right ones. This is the first time I've ever written from an animal's perspective, so that was fun. Something different. The third person viewpoint was hard. I don't use it much and when I do I usually go in tight, but I stayed a little back this time. I'm not sure it was the right choice, but I thought I'd try it. I also don't know much about foxes...I don't know exactly why I picked them, but I think I somehow made them a cross between a dog and a cat? I don't know. I was trying to do some worldbuilding for a furture novel Little Red Riding Hood retelling with a scifi-ish twist. Even with all that, it turned out fun and I won an Honorable Mention! WooHoo! Anyway, I hope you like it! Let me know what you think! :) 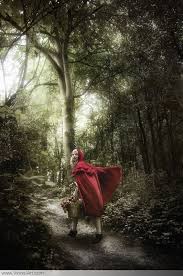 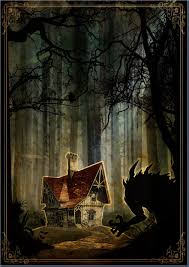 “Shifting Sand, I have a feeling we’re not in Furania anymore!” Shining Water dipped her nose to the ground and sniffed at the detritus on the forest floor.


“Howling Hounds, Shiner! Whatever gave you that idea?” He flipped his head and raised the tuft of hair on his neck.


“Stating the obvious?” Shifty interrupted. “Did you think passing through the portal into the guardian’s land would put us back in the hollow?”


Shiner dipped her head almost to the ground and lowered her bushy tail between her legs, “Of course not. I guess I thought stating the obvious would help me be a little less nervous.”


Shifty moved forward to nuzzle his friend, “I’m sorry. I shouldn’t have snapped. I guess I’m a little nervous too.”


“I wasn’t even sure it would work! I mean, Lumpy seemed to be telling the truth, but if wolves ever got anything right…”


“…the streams would dry up and the land fall from under our feet, I know. But it looks like he was at least telling part of the truth. C’mon!” Shifty took one last look at the tree behind him pulsing the white glow from the rift in its trunk, then put his head to the ground and his ears up as they moved away.


They soon came to a clearing with a little house in the center. They dipped low to the ground and watched as a female – something – emerged from behind carrying food in a basket.


“Grandmother!” The animal bared her teeth.


Shiner whispered, “Do you suppose she’s the Guardian?”


“Rose? Is that you?” Came an answer from within and the front door banged open hastily. “You weren’t supposed to be here until after noon!” This female was much older. It carried a staff with a hook on the end and wore a red cape with a hood drawn up.


“Are you going somewhere?” The young one looked around, “I thought maybe we could picnic at the lake and it would take time to get there…” Her voice trailed off as she stared at the old one.


The old one glanced hastily around the clearing and shook her head, “It’s not safe right now dear. Go on inside. I’ll only be a moment.” The young one was waved inside and the old one shut the door. She closed her eyes and held the staff out, then her head turned unerringly toward the hiding foxes.


“No she hasn’t, we’re too well hidden… But she’s heard you for sure now!”


“She’s going to beat us like Lumpy said!” And Shiner bolted from the brush back to the Portal. The old one watched her go, then looked back at the hiding place. Shifty had a moment of panic and accidentally marked the spot before running after her as fast as he could.
Posted by lissajean at 1:44 AM