Hehehehe! I've got a lot of flash fiction friends now, and most of them are much darker genre fiction than I am (horror, paranormal romance, post-apocalyptic and urban fantasy). Anyway, it must be rubbing off on my because I woke up this morning at 5am from a zombie nightmare! I've never once dreamed of zombies before. I've never even plotted a story for zombies before. They weren't all that interesting (although I really want to read Pride and Prejudice and Zombies, but haven't yet). However, the zombies (which, I suppose, aren't really zombies because they're not dead - haven't yet decided if it's a plague of some sort or a parasitic alien) in my dream were terrifying. I couldn't go back to sleep.

But I wouldn't be much of a writer if I didn't take advantage of my horror, so I tweeted about it this morning and my good friend @postupak reminded me of the #55wordchallenge over at Jezri's Nighmares. Here's the picture I chose: 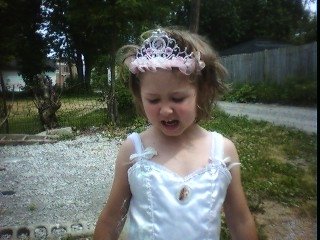 And here's my 55 word rendition of my nightmare...

I look at the picture of my daughter still safe on the surface. I’d never see her grow up. Will she ever know what happened here?


They’re scratching at the door. They somehow escaped quarantine. I won’t let them eat me alive, and I’m sure as hell not becoming one.

I was crying after I wrote this. I'm not sure 55 words does the horror of the dream justice, but I hope it at least got the essence... :)

Just for reference: It takes place on a space station and the button is the self-destruct (this is obviously the end of the dream...and not exactly how it happened in the dream, but 55 words wouldn't picture my dream exactly...plus I had to use the picture - which wasn't in the dream either)
Posted by lissajean at 12:02 PM